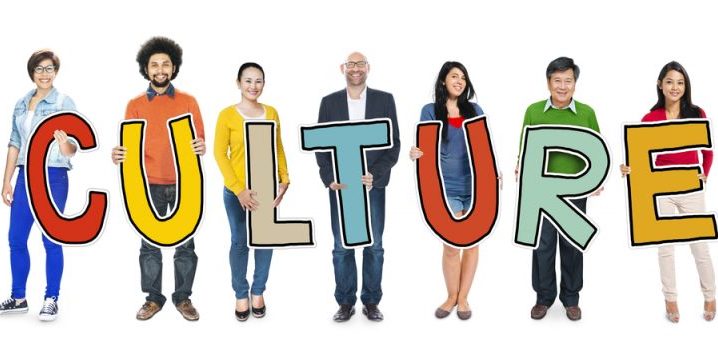 A lawyer has been hired to represent an individual in court who only speaks Chinese, the lawyer contacts Niki’s Int’l Ltd. to hire a Chinese interpreter and the first question asked by the language agency is, what Chinese language and dialect does the individual you are representing speak? This question baffles the lawyer, he quickly responds by saying that he will have to get back to the translation agency after he confirms that information with his client. The lawyer contacts his client and confirms that she speaks Shanghainese, which is known as the Shanghai dialect stemming from the Wu language and spoken in the city of Shanghai. The lawyer calls Niki’s Int’l Ltd. back and informs the scheduler that his client speaks Shanghainese, the scheduler assigns a Shanghainese interpreter to the project. The majority of people are unaware that China has seven different major language classifications with a plethora of regional dialects that fall within each language classification can lead to confusion when hiring a Chinese interpreter. It is essential to not only know the language but the dialect spoken by your Chinese client as well in order to hire the correct interpreter for the job.

As I watched the number displaying the estimated live population in China increase by 6 within a matter of literally 15 seconds on worldometers.info, I realized the abundance of people living in the country of China. In 2013 China’s population reached 1.357 billion people and with so many people, there must be a tremendous amount of cultures, languages, dialects and accents all living under China’s roof. One can’t simply refer to the language as Chinese, there are too many varieties in the language as well as dialects to account for to generally call the language Chinese. Many of the languages spoken in China are not mutually intelligible to one another, so when hiring a Chinese interpreter, knowing the language and dialect of the Chinese speaker is a necessity.

The Seven Chinese Languages, Their Locations and Their Major Corresponding Dialects

The origin of language development is a regional evolvement that happens often times naturally amongst people who are all living in the same area. Many languages have multitudes of dialects that fall within the same language but are not comprehendible to other dialects. Jerry Norman, an American sinologist and linguist who spent a large portion of his life dedicated to studying the varieties of the Chinese languages has classified the variations into seven major language groups, the northern group of Mandarin, the central group that includes Xiang, Gan and Wu and the southern group comprising of Min, Hakka and Yue. Modern linguists will argue that there are between seven and thirteen main language groupings within China depending on classification scheme. The following breakdown of the Chinese languages are based on Jerry Norman’s classification system:

Mandarin also referred to as Putonghua is the most common language spoken in the country of China, it is known as the official national language of China with 798.6 million people, 66.2% of the population able to communicate effectively in Mandarin. Mandarin is mainly spoken all throughout the North of China but it is also spoken in the Southwest region as well, the most popular dialects are the Beijing dialect and the Nanjing dialect.

Wu is spoken in the city of Shanghai, as well as in the provinces of Jiangsu, Zhejiang and Anhui, 6.1% of the Chinese population is able to effectively communicate in the language. The most common dialects of Wu include Shanghainese and Suzhounese. The Wu language is most widely known as the language spoken in Shanghai and it is often called Shanghainese by many, the small region of China that speaks the Wu language is densely populated with an estimated 73.8 million speakers.

The Min language which derived its name from the Min River in Fujian, is mainly spoken in the southern Chinese provinces of Fujian and Guangdong as well as in Taiwan. Min is spoken by 75 million people which is 6.2% of the Chinese population and it is broken down into the Southern branch of Min and the Northern branch of Min. The most known dialect of the Southern Min branch is Amoy and the most known dialect of the Northern Min branch is Fuzhou (Fuzhounese). There are many more dialects that fall under this language. Min is known to have more regional dialectal diversity than any other Chinese language.

Hakka is a language spoken amongst the Hakka people and their communities throughout South China especially in the Guangdong, Fujian, Jiangxi, and Guangxi provinces. The language is spoken by 42.2 million people which make up 3.5% of the population in the country of China. The main dialect of the Hakka language is Hakka of Meizhou, formerly known as Meixian. Hakka is the only dialect group that is not named after its specified location in China. The Hakka people have migrated and resettled multiple times in the past and their name means “guest people”.

The Gan language is primarily spoken in the Jiangxi province as well as in the southeastern corner of the Hubei province. There are 48 million people who speak Gan in the country of China, which make up 4.0% of the population. The primary dialects of Gan are Changjing (sometimes called the Nanchang dialect), Yiping, Jiliang, Fuguang, and Yingyi and although the language is intelligible with Mandarin and Wu it is most closely associated with the Hakka language.

Niki’s Int’l Ltd. is a WBENC-Certified Women Business Enterprise with 20 years of language service experience. A global network of highly skilled interpreters are available 24 hours a day, 7 days a week for on-site, telephonic and video remote interpretation services. Our linguists are available in over 350 languages and dialects, and our network includes certified translators and interpreters. Our work is guaranteed with a $1 Million Errors & Omissions policy, so that you can be confident that your project will be completed with the highest level of quality and professionalism within the field. For more information contact us at 1-877-567-8449 or visit our website at www.nilservices.com.