The Fascinating History of Simultaneous Interpretation 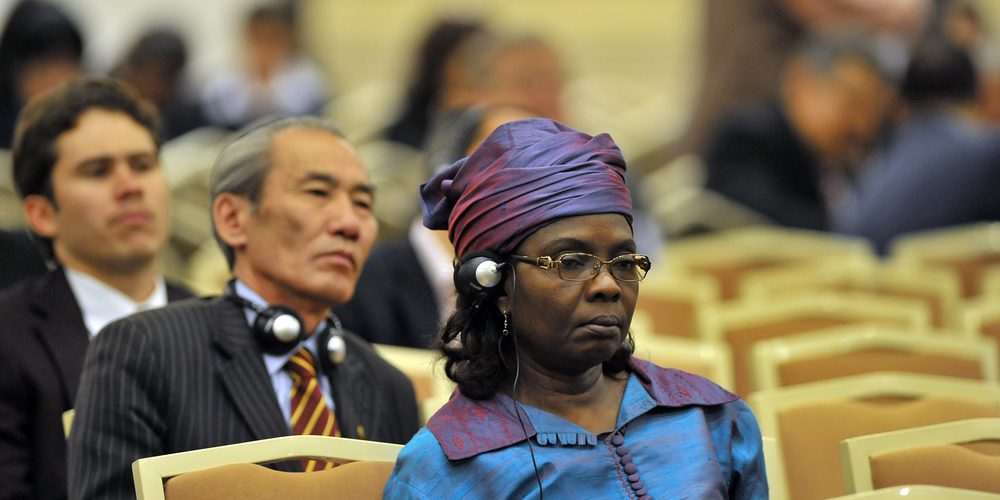 Simultaneous interpretation is the process of communicating across language and cultural barriers. Highly trained professional interpreters are able to listen to one language and speak simultaneously in another, conveying not only words, but nuances of the language like emotions and idioms, as well as the overall essence of the message that is being interpreted. This skill requires interpreters who have an advanced level of education and experience in using these techniques and also often involves the use of specialized equipment.

The need for interpretation has presented itself as far back as the ancient Egyptian era, while Romans and Greeks used interpreters as well and much more frequently. Once they conquered a group of people, they didn’t feel it was necessary to learn the language because they viewed the people and their languages to be beneath them. This is where the use of interpretation was needed. At that time most of the interpreters were slaves who could not be trusted by the people in charge, therefore the information interpreted was often misconstrued and never fully accurate. Interpretation has grown significantly since those days as a trusted translation service that is vital in today’s society evolving tremendously alongside technology.

As a result of World War I, the League of Nations and the International Labor Organization were formed. This meant that there would continuously be a need for interpretation due to all of the international meetings that would be occurring in the future. These meetings would often drag on because of the act of consecutive interpretation is time consuming; the speaker would speak several sentences and the interpreter would take notes and relay the message in the target language. This added hours to the meetings and would water down any freedom of personality, cultural nuances or emotions behind the messages that were being interpreted due to the lengthy time frame and mental exhaustion that the interpreters faced.

Colonel Léon Dostert who was the interpreter for General Eisenhower, was a French-born American scholar of languages. He was the man that was responsible for many innovations in translation. Such methods including the ability to conduct simultaneous interpretations as well as the head-set method which was most famously used during the Nuremberg trials, which were held in the city of Nuremberg, Germany.

The Nuremberg trials were a series of military trials that were held in 1945. These trials are famous because they led to the prosecution of many high ranking military, political, judicial and economic leaders of Nazi Germany. The Nuremberg trials are important to the history of simultaneous interpretation because this was the first time it was successfully used on a prominent stage. The trials were interpreted in the four major languages of the time English, French, Russian and German. This system allowed a more precise and less time consuming interpretation.

The Invention of Simultaneous Interpretation Equipment

Simultaneous Interpretation Equipment has only been in use for around 70 years. During the 1920s and the 1930s American businessman Edward Filene and British engineer Alan Gordon Finlay developed a system to help with simultaneous interpretation. They used telephone equipment for their original design and later their method became known as telephonic interpretation. This device was designed to attach to a telephone transmitter to reduce noise and increase privacy. The idea was revolutionary but needed further development, this led Thomas Watson Sr. the founder of IBM to become involved in the development of simultaneous interpretation equipment. By 1926 the patent for the equipment was given to IBM and was called IBM Hushaphone Filene-Findlay System. It was clear that this device would lead people to an international understanding of one another. The technology for simultaneous interpretation was there, but a necessary missing element needed to be incorporated to tie it all together. This element would allow the use of this new technology in a professional setting and this is where the soundproof booth came into play. The soundproof booth in which was made of glass and faced the speaker soon would be incorporated and used universally. These booths were not fully soundproof when they originated, and it wasn’t until nearly two decades later that fully soundproof booths were installed at the United Nations in New York allowing interpreters to speak at a normal volume without being afraid that they were disturbing others around them.

Niki’s Int’l Ltd. is a WBENC-Certified Women Business Enterprise with 20 years of language service experience. A global network of highly skilled interpreters are available 24 hours a day, 7 days a week for on-site, telephonic and video remote interpretation services. Our linguists are available in over 350 languages and dialects, and our network services include simultaneous interpreters and translators. Our work is guaranteed with a $1 Million Errors & Omissions policy, so that you can be confident that your project will be completed with the highest level of quality and professionalism within the field. For more information contact us at 1-877-567-8449 or visit our website at www.nilservices.com.