A History of ​Translation ​and How We​ Translate ​Texts Today 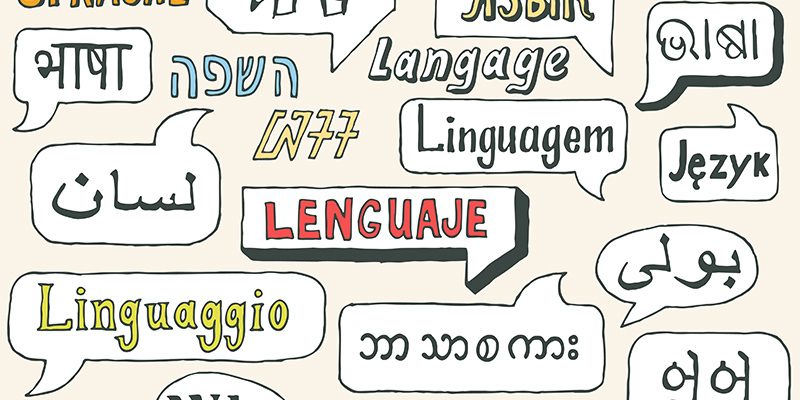 To translate a language means to convert the written words, meaning and emotion from the source language to the target language accurately so that all parties involved fully understand the message being conveyed. With there being approximately 6,500 spoken languages in the world with around 2,000 of the languages spoken by less than 1,000 people, there is a tremendous need for translators and translation services. So many different languages can create a divide and in many cases terrible misunderstandings, yet in this day and age we have professional translation companies and advanced technology that allow us to communicate with one another seamlessly despite language barriers.

The Evolution of Language and Ancient History of Translation

Before words came into existence people used signs and symbols to communicate. Eventually sounds started to represent places, people and objects. Eventually these sounds turned into words and words into sentences, soon people were able to speak to one another and carry on conversations. Language is an invaluable part of the evolution of humans. Once language was formed, written language soon followed. Language first presented itself somewhere between 30,000 and 100,000 years ago. As population expanded and people divided, different languages formed, creating a need for translation.

Some of the earliest forms of translation are on clay tablets, translating vocabularies in Sumerian and Eblaite or Eblan, which is an extinct language from the ancient city Ebla in Syria. The translations consisted of financial data, rituals and literary texts. The Rosetta Stone is probably the most well know example of ancient translation. The stone displays a decree essentially saying the exact same thing in Egyptian hieroglyphs, Demotic (Egyptian) script and Ancient Greek. The Rosetta Stone was an incredible discovery because it has been used as our guide to understanding and translating ancient Egyptian hieroglyphs and culture.

The majority of early translations were religious in nature. During the 4th century, Saint Jerome, who is known as the saint of translators, took the Hebrew Bible (Old Testament) and translated it from Hebrew into Latin which is now called the Vulgate. This was the chosen Bible for the Roman Catholic Church for years to come. Soon the Protestant Reformation noticed that when this Bible was translated into local European languages, there were distinct differences in the words and passages. This ultimately led to the split of Christianity into Roman Catholicism and Protestantism. Translation has played a massive role in the forming of people, their culture and beliefs throughout our history.

Many outstanding arabic translators and scholars were drawn to the school of translators in Toledo, Spain during the twelfth and thirteenth centuries due to the fact that there were collections of manuscripts that were being held in libraries to be translated from Latin into Arabic. Philosophical works by Aristotle were some of the first manuscripts to be translated during this time. Manuscripts regarding subjects such as astronomy, astrology, physics, mathematics and medicine were all translated. These scientific and technological translations were used to design and create some of the earliest curriculum used in the first universities in Europe and later led to the European Renaissance.

Translation and translators have contributed significantly to the development of world culture, spreading ideas and concepts, science and movements across the world. Translation is such an important factor in our history and development as a people that a translator by the name of William Tyndale actually lost his life over his translations. In Holland in 1536 William Tyndale was arrested and then executed for translating the Bible into the common vernacular of English. If translation didn’t exist all those years ago, modern life would not be as developed as it is now all due to a language barrier. Translators have helped to spread information and concepts to a broad amount of people, this enabled cultures to be built and unite people all over the world.

Translation Through The Recent Years

The overall concept of a language company is not new. People have had the need for translators and translation services ever since the appearance of written literature. This occupation has been around for a very long time. Due to the fact that the job of translating is so mentally labor intensive and exhausting, as far back as the 1950s engineers worked hard to figure out a way to automate translation. This became a reality in 1954, when the Georgetown-IBM experiment was conducted. This was an influential demonstration of machine translation. It completed an automated translation of more than 60 sentences from Russian to English. It wasn’t until the 1980s when computational power increased that the interest grew in statistical models for machine translation. Machine translation (MT) can not compete with a human translator by any means so the focus was changed from replacing human translators to developing tools that would facilitate the translation process. During the 1990s globalization and the proliferation of the internet did a lot for MT. Computers were becoming cheaper to buy and advancements in speech recognition software really skyrocketed the MT industry. In 1996 Systran began offering free translations of small amounts of text. Online translations companies to follow would include AltaVista Babelfish which accumulated up to 500,00 requests for translations per day in 1997. In 2012 Google announced that Google Translate was able to translate roughly enough text to fill 1 million books a day. That is an incredible amount of growth for the translation profession. Although machine translation can never take the place of a human translator, it is cost effective and efficient for some of your translation needs.

What Has Translation Become Today?

Translation has evolved along with technology and can be used in many interesting forms and situations in modern day life. Lives, jobs and career paths are formed around the need for translation services. A medical translator who translates technical documents such as regulatory information, clinical or marketing documentation, or even software and training curriculum for the pharmaceutical industry is just one career in the field of translation. The need for a professional translation service is a must for any companies that want to expand their audience and appeal to a greater market. Translation companies offer services such as translating business proposals & presentations, marketing literature, website content, academic transcriptions, medical history records and many more. It is crazy to think that translation has come so far and has played such a massive role in the development of people and culture. Translators have made very important contributions to society over the centuries and will continue to break the barriers of language, uniting the world through understanding and communication.

Niki’s Int’l Ltd. is a WBENC-Certified Women Business Enterprise with 20 years of language service experience. A global network of highly skilled translators are available 24 hours a day, 7 days a week for on-site, telephonic and video remote interpretation services. Our linguists are available in over 350 languages and dialects, and our network includes certified document translators and interpreters . Our work is guaranteed with a $1 Million Errors & Omissions policy, so that you can be confident that your project will be completed with the highest level of quality and professionalism within the field. For more information contact us at 1-877-567-8449 or visit our website at www.nilservices.com.