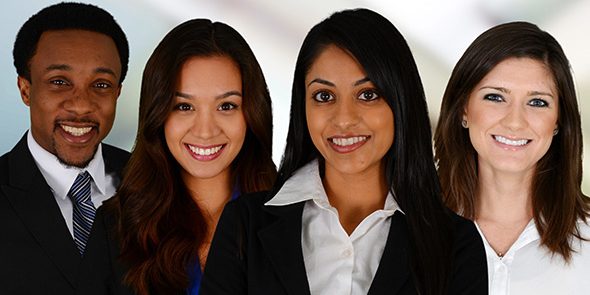 Officers Are Facing Language Barriers Regularly in Communities Across the United States:

In Staten Island, New York, Arlet Macareno’s niece found her lying at the bottom of the stairs, badly injured from a domestic violence encounter. 911 was called and when police arrived at the home, Ms. Macareno tried her best to tell the officers her husband pushed her down the stairs, but a language barrier prevented that from happening. The responding officer arrested her and carried her barefoot and badly bruised to the station, where she was charged with obstruction of governmental administration. She insisted the  officer provide her with an interpreter, however the officer said her attempt to gain access to an interpreter prevented him from writing his report. She could not understanding what was going on, nor did she fully comprehend her rights, she plead guilty in criminal court to a lesser charge of disorderly conduct and was released. Ms. Macareno stated, “I knew I needed an interpreter and had a right to an interpreter,” I was denied the right to speak. I was denied to the right to express myself. I felt destroyed,” in Spanish during an interview. Ms. Macareno filed a federal discrimination lawsuit against the city, claiming her civil rights were violated by denying her access to an interpreter. A settlement was reached requiring the police department to adopt new strategies, solutions and training for officers responding to incidents involving victims and witnesses who speak little to no English.

Language barriers are preventing officers from properly being able to provide assurance and safety to civilians. Another incident occurred in Fairfield, Ohio where six people were stabbed at the El Centanario bar on Dixie Highway, when police arrived at the scene, a language barrier put a halt to the investigation. Many of the people at the bar were of Hispanic or Latino descent, however there was an officer on duty who spoke Spanish and was able to aid in bridging the language gap. Often times officers have to rely on bilingual peers or even friends and family members of the suspect or victim in order to communicate. Fairfield Police Officer Doug Day said that can be unreliable. “You don’t know if it’s being translated correctly, you don’t know if what we’re saying is being given to them or they even understand the question at the time.” Day said, “It definitely slows it down, there is a cost issue there, but the reality is we get past the cost issue because it has to be done. But, sometimes they’re not always available, especially in a timely fashion.”

The language barriers police officers are facing will steadily increase as the American population continues to diversify. There are at least 350 different languages spoken in American homes as reported by the US Census Bureau, which is a significant rise from the 39 languages reported back in 2013. Professional interpretation skills are not comparable to being bilingual. Using an unqualified person to interpret allows room for error, misinterpretation and a lack of understanding. In situations involving the law, people regardless of the language they speak should have the right to express themselves through the aid of a professional interpreter.

Niki’s Int’l Ltd. is a WBENC-Certified Women’s Business Enterprise with 20 years of language service experience. A global network of highly skilled interpreters and translators are available 24 hours a day, 7 days a week for on-site, telephonic and video remote interpretation services. Our linguists are available in over 350 languages and dialects, and our network includes certified interpreters and translators. Our work is guaranteed with a $1 Million Errors & Omissions policy, so that you can be confident that your project will be completed with the highest level of quality and professionalism within the field. For more information contact us at 1-877-567-8449 or visit our website at www.nilservices.com.