The High Demand for Translators and Interpreters in the United States 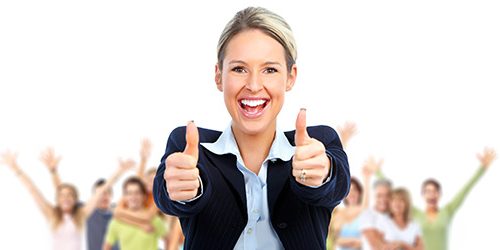 The Alaskan Court System in the Yukon Kuskokwim Delta, where Yup’ik is the primary language, has recently acquired it’s first official interpreter for the language. There are around 10,000 Yup’ik speakers in the Delta, and until now residents who found themselves in court did not have access to an interpreter who spoke Yup’ik. Crystal Garrison is the first official interpreter for the language in the country. Garrison spoke Yup’ik, until age ten when her family moved to Anchorage, where she learned to speak English. She has worked for the Alaskan Courts for 15 years and noticed a problem early on with a shortage of court interpreters. Garrison said, “I saw a lot of defendants not being able to express or communicate with the people that they needed to for a better outcome for them.” Garrison spoke with her bosses regarding the lack of interpretation services available and they decided to work together to get Garrison certified as a court interpreter. Stacy Marz, Director of Self-Help Services for the Alaskan Court System, said, “We have been working to develop a Yup’ik legal glossary, so that there’s a common language to talk about these terms.” Legal lingo, terminology and certain concepts are hard to understand in any language and it takes a lot of time to develop legal translations. Marz said, “I remember when we were talking about the phrase in English: domestic violence protective order. It took, I think, over two hours to come up with analogous language in Yup’ik to describe that.” This isn’t just the case in Alaska, many regions and various facilities, businesses and organizations across the United States are in high demand for the services provided by professional interpreters and translators.

Globalization and Immigration Are the Main Reasons Translators and Interpreters Are in High Demand:

The world is becoming increasingly globalized and nations are more connected than ever before. The US is strengthening its international ties and it’s now the norm for US based businesses to venture into international markets in order to gain foreign customers and increase sales. Many non-English speaking people are immigrating to the US everyday in search of better opportunities, this means translation and interpretation services are needed in multitudes of sectors within our communities, anywhere languages and cultures intersect. Schools, healthcare facilities, legal settings and law enforcement are just a few examples of where language services are in dire need in our multicultural communities. The fields of translation and interpretation are anticipated to grow significantly within the next few years. According to the Bureau of Labor Statistics, employment of interpreters and translators is projected to grow 17% from 2016 to 2026. The rise in employment of translators and interpreters reflects increasing globalization and a more diverse US population. The demand for languages such as French, German, Portuguese, Russian and Spanish are always very high but other languages showing a steady increase in demand are Arabic, Chinese, Japanese, Hindi, Korean and a number of indigenous languages from Mexico and Central America such as Mixtec, Zapotec, and Mayan. The need for American Sign Language interpretation is fast growing due to better anti-discrimination laws, developed to protect the rights of deaf individuals in the US. Video remote interpretation (VRI) has allowed ASL interpretation services to be more readily accessible to the Deaf community.

Becoming a Translator or An Interpreter:

Interpreters and translators are needed in all facets of life. If you’re a non-English speaking person, everyday occurrences such as visiting the doctor, applying for a loan at a bank or even getting legal advice all require the aid of language services. If you have a love for languages, communication, reading and writing then working as a document translator may be the perfect job for you. Normally translators work from home and can have flexible hours which is really appealing to most people. A translator needs to be a good writer in order to convey the original meaning but also allow the reader to feel as though the translation was written in their mother tongue. This goes above and beyond word for word translations. A translator, translates written text and a simultaneous interpreter is an individual who interprets spoken word in real time. Simultaneous interpreters are able to listen, digest and comprehend information provided in the source language, memorize it, decide how to interpret the information accurately in the target language and then articulate it. This linguistic discipline takes skill, training, aptitude and extensive language knowledge.

Becoming an interpreter or an translator is more than just learning to speak multiple languages, immense skill and a love of learning is required for both linguistic occupations. There are at least 350 different languages spoken in American homes as reported by the US Census Bureau, which is a significant rise from the 39 languages reported back in 2013. The tremendous amount of diversity which is rapidly growing within the US proves the language service industry will provide jobs for linguists for years to come. Facilitating effective communication or providing accurate translations for non-English speaking people, bridges gaps between cultures and languages within our communities while glorifying and uniting our diversity.

Niki’s Int’l Ltd. is a WBENC-Certified Women Business Enterprise with over 20 years of language service experience. A global network of highly skilled interpreters and translators are available 24 hours a day, 7 days a week for on-site, telephonic and video remote interpretation services. Our linguists are available in over 350 languages and dialects, and our network includes certified interpreters and translators. Our work is guaranteed with a $1 Million Errors & Omissions policy, so that you can be confident that your project will be completed with the highest level of quality and professionalism within the field. For more information contact us at 1-877-567-8449 or visit our website at www.nilservices.com.