Precision and Interpretation, The Art of Accuracy; Part 2, Legal 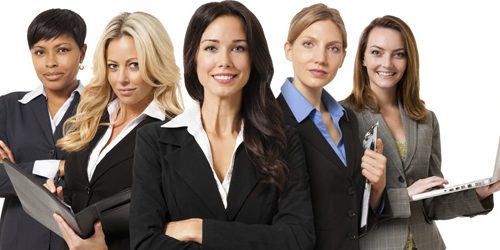 Misunderstandings in a court of law can be destructive to the outcome, it’s vital limited English proficient (LEP) individuals have the proper resources needed in order to understand and be understood. There are 350 languages spoken throughout the United States, in 2013, 61.6 million individuals, foreign and U.S. born, spoke a language other than English at home. While the majority of these individuals spoke English with native fluency, about 41% (25.1 million) were considered LEP. The LEP population represented 8% of the total U.S. population ages 5 and older. The rapidly changing demographic is leaving court systems and legal professionals scrambling to find a reliable solution to combat language barriers in legal settings on a regular basis.

Clear, precise and accurate communication is mandatory in order to conduct legal proceedings; if details, testimonies, and eyewitness accounts can not be understood or properly communicated, there is no way to ensure justice is being served. Utilizing legal interpretation services guarantees effective communication, clear understanding and provides the assurance that language barriers will not stand in the way of justice. Legal interpretation services aid in ensuring fairness and the basic right to voice your opinion in this country regardless of the language you speak, they also promote the integrity and accuracy of our judicial system.

Example 1. The Hanigan Trials (1977-1982): Three undocumented Mexican men, Manuel Garcia Loya, Eleazar Ruelas Zavala and Bernabe Herrera Mat were in search of agricultural work in Arizona. While crossing land belonging to ranchers Thomas and Patrick Hanigan, they were kidnapped and tortured by the Hanigan brothers. The three men were taken into the dessert, tied, stripped and robbed. Mr. Herrera testified that George Hanigan threatened to castrate him, and Mr. Ruelas said that the Hanigans started to hang him. The complainants testified they were beaten, dragged close to a fire and tormented with a hot metal poker before being untied and allowed to run naked back to Mexico.

During the trial there was an unqualified interpreter provided who had a very difficult time accurately interpreting the details of the case and what the men were describing happened to them that night. The interpreter displayed consistent inaccuracies such as “I was chained to a cup” instead of “I was chained to a toilet,” or “I was burned with a stick” instead of “I was burned with a metal rod.” The brothers were exonerated after the first trial. The case was later overturned when a federally certified interpreter was able to bridge the language gap and provide accuracy in the interpretation.

Example 2. In Chesterfield, Virginia, Patricia Michelsen-King observed a court proceeding while she waited her turn to provide interpretation services for the next hearing. Suddenly a man shouted out loud in Spanish, “I didn’t rape anybody!” Michelsen-King, who teaches Spanish interpretation at Virginia Commonwealth University, said, although the man in question was in court for running a red light, the interpreter told him he was accused of a “violación,” which means rape in Spanish. Michelsen-King said the interpreter should have used a better word choice such as, “infracción.” The man strongly contested to being accused of rape, however he admitted to the traffic violation.

Example 3: In Northern Ireland, a rape trial was put on hold due to rising concerns regarding the accuracy of the interpretation, leaving taxpayers with  a £30,000 bill. The Department of Justice made inquiries as to how the unregistered interpreter was hired at Craigavon Crown Court. The case was aborted after the judge stated the trial had been “irreparably compromised” due to poor and consistent inaccuracies noticed during the interpretation by other interpreters working on the case. The trial involved two Lithuanian men Darius Porcikas (24) and Vytautas Mikulinas (23). The charges included (all in relation to a female alleged victim) five counts of rape, two of sexual assault, two of false imprisonment, causing actual bodily harm, assault and causing grievous bodily harm with intent in relation to her ex-partner.

Working With Professionals Ensures Accuracy and Precision During Every Interpretation Session:

Niki’s Int’l Ltd.is a WBENC-Certified Women Business Enterprise with 20 years of language service experience. A global network of highly skilled interpreters and translators are available 24 hours a day, 7 days a week for on-site, telephonic and video remote interpretation services. Our linguists are available in over 350 languages and dialects, and our network includes certified interpreters and translators. Our work is guaranteed with a $1 Million Errors & Omissions policy, so that you can be confident that your project will be completed with the highest level of quality and professionalism within the field. For more information contact us at 1-877-567-8449 or visit our website at www.nilservices.com.